For fans in 2019, what was once a summer run of several marquee music events has, over the past decade expanded into a full-year push, from festivals like Coachella and Bonnaroo unveiling their lineups in January, through the glut of summer music festivals and into music events that have sprung up in warmer climates in the fall and winter. Now, it’s possible for concertgoers to somehow engage every month of the year with what were once branded “summer” music festivals.

Last week saw the rollouts of the Lollapalooza and Woodstock 50 lineups, and despite their drastically different locations, the tops of their lineups didn’t look much different from Coachella, Governors Ball, Boston Calling, Bonnaroo and the rest of America’s biggest festivals.

” With the number of festival options that are more affordableit’s never been a better time to seek out a new festival. “

The best advice for fans clamoring to get tickets? Save your money, considering music festivals have turned into a homogenized gimmick for big businesses that barely allow concertgoers the serendipity of discovering new acts.

Festival culture is here to stay, with Nielsen Music estimating that 23 percent of the U.S. population attended a music festival in 2018, up from 18 percent in 2017, the biggest year-over-year growth of any kind of live music event.

But, save for the music fest superfans, or VIP attendees looking to splurge on a special weekend whatever the cost, America’s biggest music festivals have only become less attractive for the average fan to attend, from the often-prohibitive costs to the homogenization of many fests’ lineups. 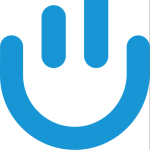